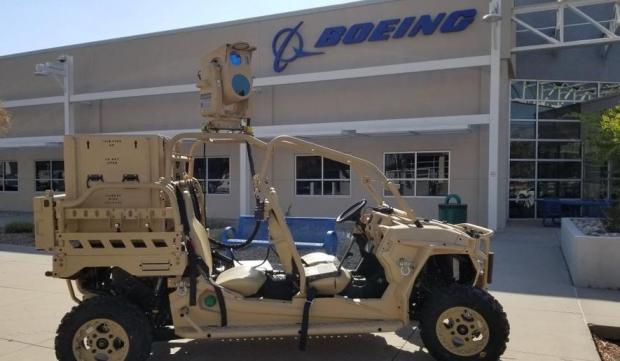 The Air Force earlier this month successfully tested Boeing's Compact Laser Weapon System (CLWS), which was mounted on top of a small military vehicle and was able to protect a convoy from simulated drone attacks.

"In a future scenario, an integrated and networked direct energy capability — as demonstrated in this exercise by CLWS — would provide operators with vital information and a means to respond to threats at greater speeds," Ron Dauk, program manager of Boeing's Laser and Electro-Optical Systems, said in a statement.

The test itself was carried out at Nellis Air Force Base in Nevada. But the CLWS system, Boeing said, transmitted live video and data to operators at Andrews Air Force Base in Maryland. Officials said the system's ability to connect personnel thousands of miles apart and provide them with real-time information on threats will be a crucial capability for the military going forward.

While the U.S. remains the global leader in armed drone technology, other nations are rapidly gaining ground. The proliferation of the unmanned aircraft has spurred the Pentagon to devote time and money to cutting-edge anti-drone programs that can defend U.S. personnel from enemy attacks.