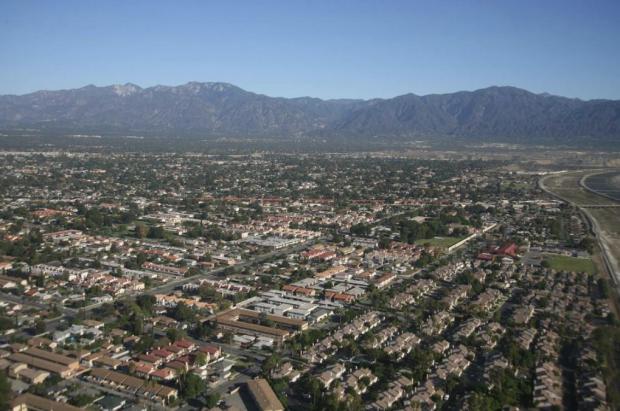 You take on more debt, using whatever you can think of as collateral.

Both cities are using something called "lease revenue bonds" which means that:

orrance and West Covina are each using these bonds to, in principle, lease their city streets to a special Financing Authority, which will pay the city their up-front money, and "rent" the streets back to the city for the 25 year term of the agreement, in order to pay off the bonds.

In this structure, however, the bondholders don't actually have rights to lay claim to the streets. Rather the mechanism is described as a loophole to get around the voter approval that comes with "general obligation bonds".