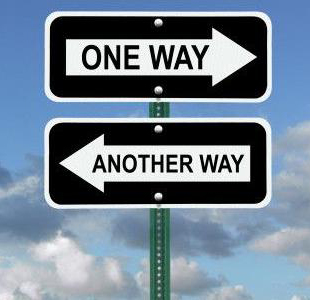 Isn't it obvious that we need an alternative economic system that isn't controlled by corporations, the government and the central bank for the exclusive benefit of insiders and elites? Isn't it obvious that the current system has failed the majority of participants, and hence the ubiquitous sensations of:

3) being stripmined / exploited by domestic and globalized elites

4) disgust / frustration with the self-enriching political class that serves corporate/elite/insider interests above all else.

My 50 years of work have given me a ringside seat in how the economy has changed from inclusive to extractive. My jobs have ranged from agricultural field worker to running my own yard service to hospitality to construction to print media (free-lancer) to financial services (quant shop) to non-profit education to political rabble-rousing (unpaid) and my current profession as marginalized, misfit author-blogger (my specialty appears to be getting shadow-banned by Big Tech monopolist extractors).

My colleague Mark Jeftovic explains how systems can be inclusive or extractive. Systems that automatically bail out the greediest, wealthiest socially-useless speculators via the Federal Reserve are not just extractive, they're exploitive and predatory. The Reversion Will be Mean.

Extractive systems are also intrinsically fragile in crises as the trapped / exploited behind the oars tend to abandon ship at the first chance, and the real-world sinews of the economy have been weakened by the bailouts and financial engineering. In effect, the fragile, brittle shell doesn't need much of a shock to implode. (If you want to see this process in real time, look around you.)

Yes, corporations bought political influence and exploited everything within reach but their reach wasn't as global and their rapacity not quite as refined. Sociopathic exploitation such as stock buybacks and Big Pharma advertising directly to consumers were illegal.