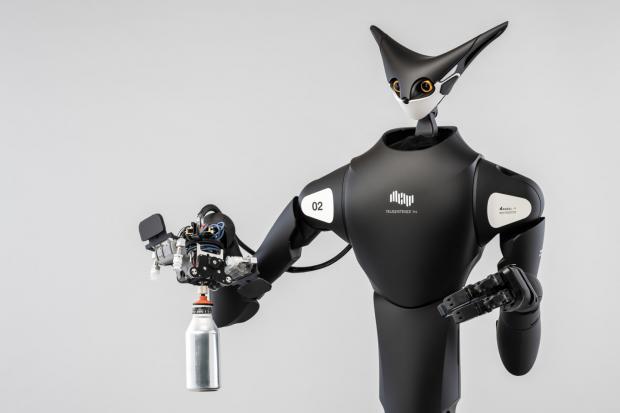 Now they're getting a bit more hands-on thanks to Japanese company Telexistence, which has begun trials in convenience stores of a robot shelf-stacker that can be controlled by a human via VR.

The Model T (yes, it's named after the classic Ford car) looks like the most mundane Gundam ever. It's basically a robot torso mounted to a waist-high platform, restocking shelves in a store with its two articulating arms and complex hands.

But it doesn't need to be particularly artificially intelligent to do this. The Model T is directly controlled by a human using a stock-standard VR setup from anywhere in the world that has an internet connection.

The robot's joints have 22 degrees of freedom, giving it a pretty wide range of movement without requiring much more space than a human would need. Telexistence also says the video connection between the robot and the human operator has a latency of 50 milliseconds, so it should be smooth-controlling.

That said, in the video it does look like pretty slow going, with the robot timidly restocking bottles of drinks at a pace that would get a regular human worker called to the manager's office. Still, maybe the human operator was unfamiliar with the tech and was just being a bit overly cautious.

It's a little hard to see what advantages the robot has over a human employee, but Telexistence says that it could allow staff to work from home – crucial in our current age of social distancing – and recruit workers from basically anywhere.