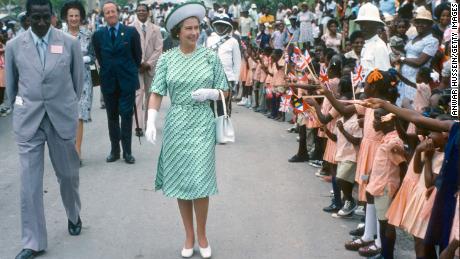 The decision was formalized in the so-called Throne Speech, delivered on behalf of Prime Minister Mia Mottley by the island's Governor-General Sandra Mason to mark the state opening of parliament on Tuesday.

More than half a century after attaining independence from Britain, "the time has come to fully leave our colonial past behind," Mason said.

"Barbadians want a Barbadian Head of State," she said. "This is the ultimate statement of confidence in who we are and what we are capable of achieving."

Mason said "Barbados will take the next logical step toward full sovereignty and become a Republic by the time we celebrate our 55th Anniversary of Independence" -- which will be marked on November 30, 2021.

When asked about the speech, a Buckingham Palace spokesman said: "This is a matter for the government and people of Barbados."

Queen Elizabeth is head of state of the United Kingdom and 15 other formerly-British ruled countries, where she is represented by the governor-general.