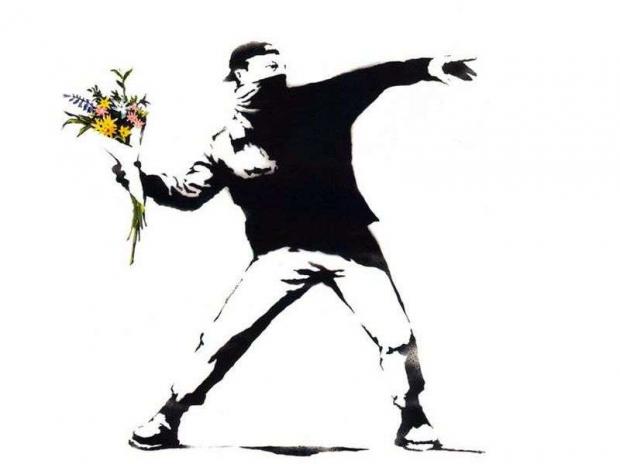 Banksy has been stripped of a trademark for his most famous artwork - because he refused to reveal his real identity to judges.

The ruling on 'Flower Thrower' may set a precedent for his other creations around the world.

The street artist, who has previously declared that 'copyright is for losers', lost his two-year legal battle with card firm Full Colour Black.

Judges pointed to the fact that 'he cannot be identified as the unquestionable owner of such works as his identity is hidden'.

Banksy had applied for an EU trademark of the piece, which was painted in Jerusalem, six years ago - but this was challenged by a card company because the artist did not want to merchandise it, but created it as artwork instead.

Full Colour Black specialises in 'the commercialisation of street art' and uses Banksy's creations. It boasts on its website: 'We have Banksy images that you probably have never seen before.'

Three judges ruled that Banksy had made graffiti which he put on other people's property freely available for use.