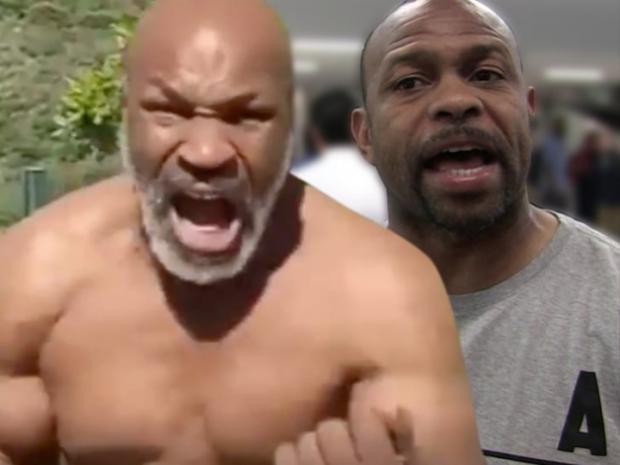 Mike Tyson looks back to his formidable best ahead of his exhibition fight at the end of this year.

The former undisputed world heavyweight champion is due to take on Roy Jones Jr in a bout on November 28, and he looks in great nick, even this far in advance of the fight.

He showed off his transformation from working with trainer Rafael Cordeiro on Instagram, along with the tagline 'precision' as he went through some handwork in the gym.

Tyson looks in seriously good shape, and there are some within the sport who are backing the former champion to do some damage in the ring.

One such commentator is Danny Williams - who shocked Tyson in 2004.

'I think Roy is going to get seriously hurt. He is a natural middleweight,' Williams told The Sun.

Jones himself has shown off some impressively quick handwork in the gym as he prepares for his exhibition with Iron Mike, and insists he still needs to be wary of his aging opponent.