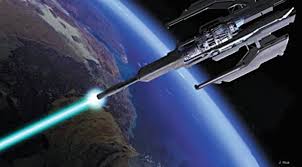 Satellite imagery in September 9th, 2020 shows a Direct Energy Weapon shooting a laser beam at a fire in California, helping encourage more flame growth. The satellite imagery (shown in video above by Redpill Media), can be traced back to China and on September 9th, 2020 when multiple California residents reported seeing a "beam" in the sky the same day the satellite footage caught the Direct Energy Weapon being used to start wildfires in California.

Wildfires have engulfed the entire west coast of the United States, causing millions to evacuate in California, Oregon, Washington, Idaho, Montana, Wyoming, Colorado, Utah, Arizona, and Nevada. Due to the extreme unnatural cases of these deadly wildfires, many residents want answers as to what caused these wildfires. Today, the Pentagon released a statement saying that China and Russia are using Direct Energy Weapons (DEW) to create a warzone in space. Satellite imagery caught China using these Direct Energy Weapons to shoot a large, thick laser beam at California, which sparked a wildfire.