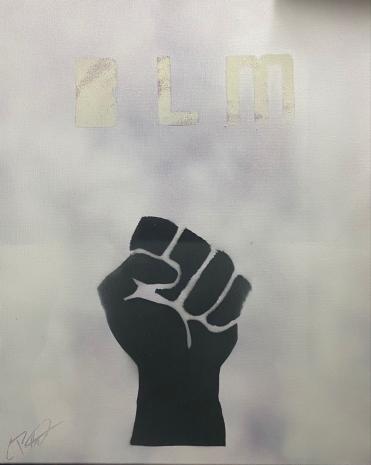 Herschel Walker has slammed Black Lives Matter as 'anti-government, anti-American, anti-Christian, anti-everything' and asked NFL owners and players 'is this who you are supporting' after learning one of the movement's founders once said she was a 'trained Marxist'.

The ex-NFL star, who is a longtime friend of Donald Trump and spoke in support of him at the Republican National Convention last month, posted a video on Twitter calling on BLM to 'tell the American people this is exactly who you stand for'.

Walker said he was 'blind but now I can see' after listening to one of the founders referring to themselves as Marxists in old footage.

BLM co-founder Patrisse Cullors described herself and her fellow organizers as 'trained Marxists' who are trying to 'build a movement that could be utilized by many, many black folk' in a 2015 interview that resurfaced back in June.

Walker's latest criticism of BLM comes after he faced a backlash over his RNC speech where he repeatedly insisted that Trump - his friend of 37 years - isn't a racist.

The sports star has also alienated his fellow athletes after saying 'there shouldn't be politics in sport' and making several jibes at players kneeling during the national anthem in protest at the cop killings of black people across America.