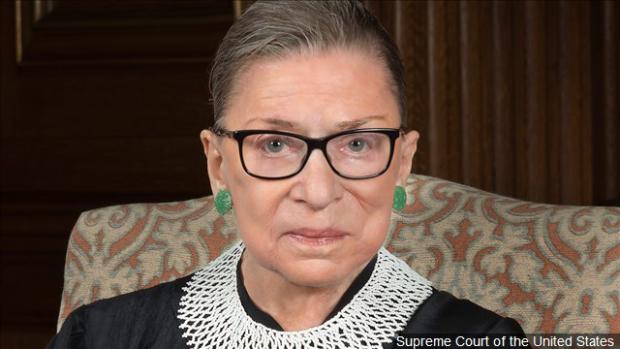 © Provided by Associated Press FILE - In this April 6, 2018, file photo, Supreme Court Justice Ruth Bader Ginsburg applauds after a performance in her honor after she spoke about her life and work during a discussion at Georgetown Law School in Washington. The Supreme Court says Ginsburg has died of metastatic pancreatic cancer at age 87. (AP Photo/Alex Brandon, File)

Ginsburg announced in July that she was undergoing chemotherapy treatment for lesions on her liver, the latest of her several battles with cancer.

Ginsburg spent her final years on the bench as the unquestioned leader of the court's liberal wing and became something of a rock star to her admirers. Young women especially seemed to embrace the court's Jewish grandmother, affectionately calling her the Notorious RBG, for her defense of the rights of women and minorities, and the strength and resilience she displayed in the face of personal loss and health crises.

HOW RUSSIANS DEAL WITH PEDOPHILES

So woke, it's a joke! Los Angeles DA George Gascon will NOT pursue felony charges...

Soros Prosecutor Kim Gardner Admits Wrongdoing, But Gets No Penalty

No Convictions For FBI-Directed 'White Supremacists':

Tucker Carlson: If Ketanji Brown Jackson is really a "Top Legal Mind" in the US...