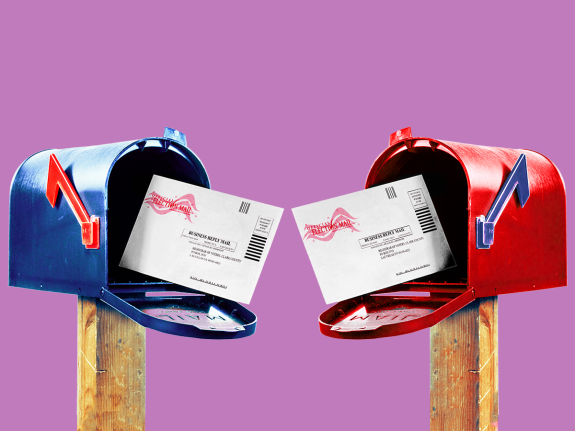 The judge also said that the state - which was decided by 10,000 votes in 2016 - cannot restrict who can help voters return an absentee ballot.

Michigan joins Pennsylvania in recent mail-in-ballot rulings, after a top state court on Thursday relaxed a deadline related to accepting ballots as long as they're postmarked no later than November 3 and arrive within three days (as opposed to two weeks in Michigan).

Here's how election lawsuits in other key swing-states are shaping up, via The Hill.

In Florida there's a major dispute over steps which former felons must take in order to regain their right to vote - which could affect nearly 800,000 votes. An estimated two-thirds of affected felons are Black and tend to lean Democrat.

The fight traces back to a 2018 amendment to Florida's constitution — known as Voting Restoration Amendment 4 — that restored voting rights to those with most types of felony convictions who had completed "all terms" of their sentences.

Florida Gov. Ron DeSantis (R) the following year signed into law a bill that obligated Floridians with felony records to settle all outstanding court debt before their voting rights were reinstated. Democrats and civil rights groups say the law is an unconstitutional modern-day version of a Jim Crow-era poll tax.

The case eventually made its way up to the full 11th U.S. Circuit Court of Appeals. Earlier this month, the Atlanta-based court voted 6-4 to uphold a Florida law requiring indigent former felons to pay off outstanding court fees as a precondition to having their voting rights restored. -The Hill