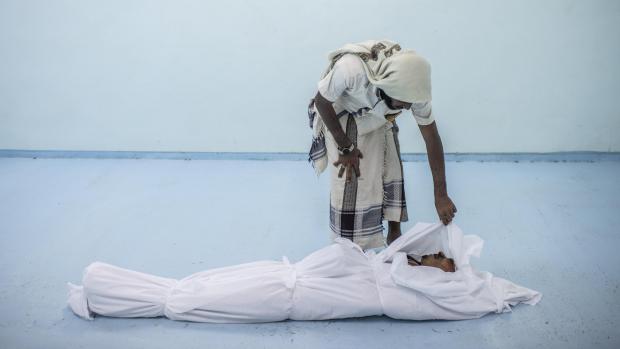 Yemen is in a "desperate situation" as it stands on the brink of famine and hundreds of thousands of people face starvation, the UN secretary general has warned.

António Guterres told Sky News he was "extremely worried" by the situation in the war-torn country, and urged nations across the world to show international solidarity with its "generous people".

The country has been devastated by a conflict that has raged since 2014 between Abdrabbuh Mansur Hadi's administration and the Houthi armed movement, both of which claim to form the official government.

Mr Hadi's government is supported by a coalition of powerful countries headed by Saudi Arabia but also backed by Britain, the US and the United Arab Emirates.

With the existing crisis now being worsened by coronavirus, the United Nations says more than 20 million people require urgent humanitarian assistance due to the ongoing conflict - almost half of them children.

The UK government says the famine in Yemen "has never looked more likely".