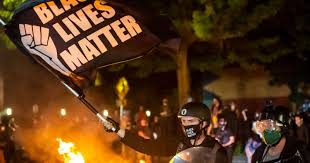 Riots are defined by the project as "demonstrations in which any demonstrators engage in violently disruptive or destructive acts (e.g. violence, looting, vandalism, etc.), as well as mob violence in which violent mobs target other individuals, property, businesses, or other groups."

Mainstream media talking heads have repeatedly asserted that the riots were either not happening on any large scale or were "mostly peaceful."

Despite attempts to spin the riots as peaceful protests, more and more Americans aren't buying it.

"A majority of U.S. adults (55%) now express at least some support for the movement, down from 67% in June amid nationwide demonstrations sparked by the death of George Floyd," reported Pew.

"The share who say they strongly support the movement stands at 29%, down from 38% three months ago."