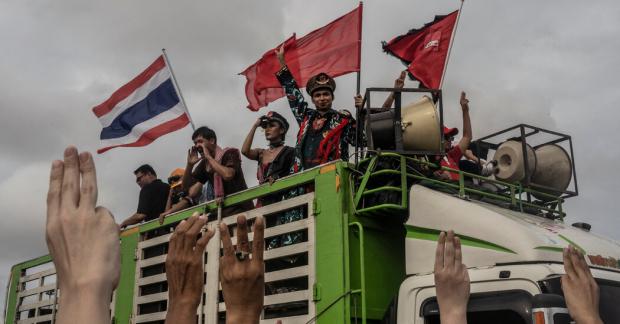 Thousands of protesters gathered in Bangkok on Saturday, calling for change: change to Thailand's military-dominated government, change to the army-drafted constitution and, most explosively, change to the exalted status of the monarchy."We have to conquer our fear because if we don't come out to fight then our future will not improve," said Rewat Chusub, a 41-year-old tailor sitting under a red umbrella with the gilded Grand Palace as a backdrop.

Even as rain occasionally poured down, muffling the sound system, a procession of speakers addressed a big tent's worth of issues: the military's monopoly on power, L.G.B.T.Q. discrimination, social welfare, women's rights and the economic impact of the coronavirus.

The most sensitive subject, the role of the monarchy, was expected to be discussed in detail late on Saturday night. The topic was raised publicly for the first time in rallies earlier this summer, shattering convention in a country where criticism of the royal family had until recently remained taboo.