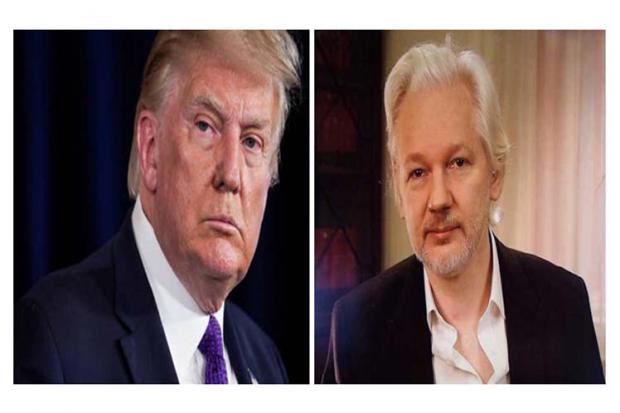 A new bombshell came out of the seventh day of WikiLeaks founder Julian Assange's extradition hearing in London: President Trump was "aware of and had approved of" a controversial plan that would offer Assange full pardon in exchange for revealing the source of the famous DNC leaks, according to his legal team on Friday.

This contradicts prior claims of then US Congressman Dana Rochbacher who controversially met with Assange in 2017 to discuss the issue of his pardon. It also puts in doubt longtime Democratic claims that the hack was the work of Russian intelligence, and not a Democratic National Committee insider with access to the emails, as many believe.

UK journalist Mohamed Elmaazi was present during Friday proceedings and detailed the following:

US President Donald Trump was "aware of and had approved of" US Congressman Dana Rochbacher and Mr Charles Johnson meeting with Julian Assange in order to secure the source of the DNC Leaks, in exchange for some form of "pardon, assurance or agreement" which would "both benefit President Trump politically" and prevent a US indictment against and extradition of Mr Assange, the Old Bailey heard on Friday.

WikiLeaks subsequently tweeted that this was indeed the hugely revelatory assertion presented in open court on behalf of barrister Jennifer Robinson, eyewitness to the alleged Aug.15, 2017 meeting while Assange was still confined to the Ecuadorian Embassy.