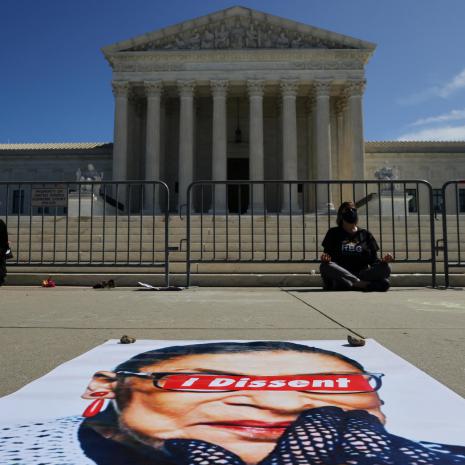 The political battles over who will succeed Ruth Bader Ginsburg as Supreme Court Justice have already begun with some demanding delays, some pushing urgency, others urging more radicalism, and all of this being super-amplified by every mainstream and social media feed, happy to use any old piece of fake news to make their point ever louder, and fearmonger the consequences of "the other side" getting to make their choice.

Former president Obama has called for a delay in the decision until after the election (which presumably he believes Harris - and Biden - will win).

Which is also what former vice president Joe Biden demanded in an NYTimes op-ed in 2016:

In my 36-year tenure in the United States Senate — nearly half of it as chairman or ranking Democrat on the Judiciary Committee — I presided or helped preside over nine nominees to the Supreme Court, from both Republican and Democratic presidents. That's more than anyone else alive today.