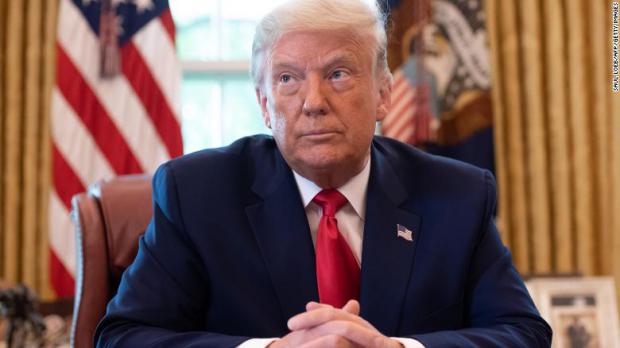 President Donald Trump's announced Saturday night that the Supreme Court nominee he plans to announce next week to fill the vacancy left by Ruth Bader Ginsburg will be a woman, spotlighting two conservative women as his potential pick.

During a campaign rally in North Carolina, Trump declared 'I will be putting forth a nominee this week, it will be a woman', later adding his pick would be a 'very talented, very brilliant woman' because 'I like women more than I like men'.

As he left the White House for the rally, the president identified two women as front runners: Amy Coney Barrett, 48, of the Chicago-based 7th Circuit and Barbara Lagoa, 52, of the Atlanta-based 11th Circuit as possible nominees.

Barrett is a devout Catholic and mother of seven from Indiana, who has adopted two kids from Haiti and has a biological child with special needs.

She is a member of a Christian group name People of Praise, where members are assigned a 'handmaiden',  a personal adviser with whom they are encouraged to confess personal sins, financial information and other sensitive disclosures.

The other named front runner is Lagoa, a Cuban American from Florida whose parents fled Castro five decades ago. She has spoken about how her father longed to be a lawyer but was forced to abandon his dream because of the communist leader.