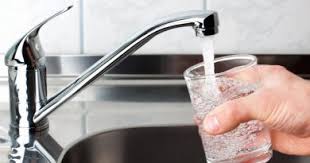 (Natural News) Some 500 drinking water wells across California, which serve about nine million residents, are contaminated with toxic substances, dubbed "forever chemicals," according to a recent report from The Big Wobble.

While that figure might appear small, research shows that contaminants in the water can accumulate inside bodies, interrupting important biological processes and triggering the onset of several chronic diseases.

Residents from Pleasanton, in particular, a suburb just 30 miles north of California's tech hub, San Jose, were shocked to learn that their town made it to the state's top 10 list of towns with dangerous drinking water.

Pleasanton has relied on groundwater for tap water but stopped using one of its wells just last fall after state-mandated testing showed that it could contain unsafe levels of chemicals considered harmful to humans.

The chemicals, identified as per- and polyfluoroalkyl substances (PFAS), are a group of man-made chemicals manufactured to produce things like non-stick pans, grease-resistant paper and water-resistant clothing.

These chemicals are also notorious for their strong resistance to degradation, so much so that scientists estimate it could take millennia for these chemicals to break down, hence the moniker "forever chemicals."