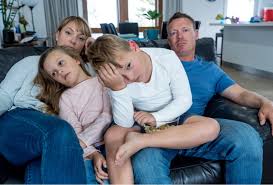 2020 has certainly been quite a year so far, and a defining one for the preparedness movement. No longer are our stockpiles of rice, beans, and hand sanitizer objects that make us strange. Our stashes of TP would make us the envy of the neighborhood if, of course, anybody knew we had it.

So many of the things and beliefs that made us figures of mockery in the past are now proving their value. We're learning, with a mixture of relief and perhaps dismay, that we weren't so crazy after all.

When the first lockdown began, we weren't out there emptying the shelves in the frenzied throng (even though we're the ones who got blamed for it.) We were watchful but for the most part, comfortable with our preparations. We understood before things went sideways that extended events can result in civil unrest, crime sprees, and chaos. We realized that we could be facing shortages.

And then time went on.

This has been a year in which so many things have occurred that proved preppers have things right that it's positively exhausting. We've had a pandemic, civil unrest, food shortages, increases in crime, exorbitant unemployment, and we're facing an economic collapse, or at the very least, an economic crisis.

Maybe everyone doesn't feel this way. Maybe you're perfectly fine and you live on your back 40 and have been completely untouched by any of the above-mentioned crises. Maybe your finances are just fine, you never got out much anyway, and you've still got 8 years' worth of food socked away to supplement the things you grow. Maybe you're reading this as you spin goat hair into yarn from which you'll make this year's mittens. Maybe you have no relatives, friends, or loved ones in the path of danger. Maybe your area isn't prone to a single natural disaster.

If this is the case, I salute you. I really do. Good for you.

But for most of us, this is not the case. A lot of us are tired.

And I mean tired.

I'm sure there will be plenty of folks in the comments who say, "Daisy Luther is such a whiner" but whatever. I'm just going to come right out and tell you how I feel about this.

This year has been difficult.

My life changed completely. The lives of people I love changed completely. I lost some people I cared for deeply to the virus. I watched people in my family frolic around blithely ignoring the virus for which they're in a peak risk group for death. I watched my country get torn asunder by everything from the pandemic response to racial injustice to perceived insults or losses of rights. I have a family member who lives in a riot zone but due to work and finances, can't just relocate. (Although those folks on the internet always make it sound so damned easy to just quit your job then up and move to the boondocks to raise sheep.)

I have friends who have developed such extreme political views on either side that I don't even know what to say to them anymore. I still love them. I still know they're good people or we wouldn't have been friends in the first place. But what the heck, y'all?

Interesting read. Ms. Luther kinda beats a hot hunk of steel into a flower in the process. You can taste some tears. Or is that sweat? She admits to fatigue and then some. There's a shift in tone. I guess we're not talking putatively as preppers anymore. Now we're speaking from experience. We just did round 1. Here comes round 2. For anyone that didn't listen to us before, you now have a lull in the action. Hurry.