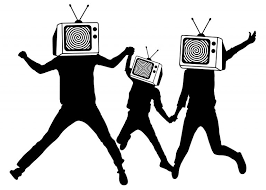 ,,,your violent identitarian civil unrest, your heavily-armed politically-polarized populace, your ominous rumblings from military quarters … you couldn't really ask for much more.

OK, the plot is pretty obvious by now (as it is in all big-budget action spectacles, which is essentially what color revolutions are), but that won't spoil our viewing experience. The fun isn't in guessing what is going to happen. Everybody knows what's going to happen. The fun is in watching Bruce, or Sigourney, or "the moderate rebels," or the GloboCap "Resistance," take down the monster, or the terrorists, or Hitler, and save the world, or democracy, or whatever.

The show-runners at GloboCap understand this, and they are sticking to the classic Act III formula (i.e., the one they teach in all those scriptwriting seminars, which, full disclosure, I teach a few of those). They've been running the War on Populism by the numbers since the very beginning. I'm going to break that down in just a moment, act by act, plot point by plot point, but, first, let's quickly cover the basics.

The first thing every big Hollywood action picture (or GloboCap color revolution) needs is a solid logline to build the plot around. The logline shows us: (1) our protagonist, (2) what our protagonist is trying to do, and (3) our antagonist or antagonistic force.

For example, here's one everyone will recognize:

"A computer hacker learns from mysterious rebels about the true nature of his reality and his role in the war against its controllers."

In our case, the logline writes itself:

"After America is taken over by a Russian-backed Hitlerian dictator, the forces of democracy unite to depose the tyrant and save the free world."