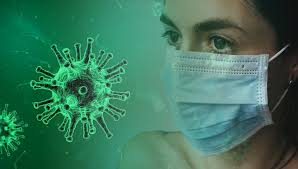 And now authorities are getting desperate, threatening severe law enforcement measures and penalties, with the latest being that those who test positive but refuse to self-quarantine can be hit with a fine up to $13,000 (or 10,000 pounds).

It comes after Prime Minister Boris Johnson confirmed the country is undergoing an "inevitable" second wave of infections on Friday.

"Obviously, we're looking carefully at the spread of the pandemic as it evolves over the last few days, and there's no question, as I've said for several weeks now, that we could expect, and we are now seeing, a second wave coming in," Johnson said.

He referenced case number spikes seen in nearby Spain and France, saying that it's "absolutely inevitable, I'm afraid, that we would see it in this country."

The new harsh penalty of the equivalent of a $13,000 fine takes effect by the end of this month, per the AP:

The new rule obliges people to self-isolate if they test positive for the coronavirus or are traced as a close contact. The rule comes into effect on Sept. 28.

The government will help those on lower incomes who face a loss of earnings as a result of self-isolating with a one-time support payment of 500 pounds ($633).