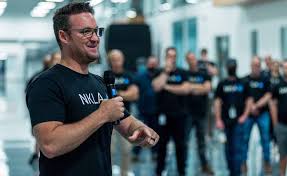 "Nikola, Honda and others represent just one part of our overall EV strategy," General Motors stated.

Nikola stock plunged more than 25% after founder Trevor Milton unexpectedly resigned as Executive Chairman of Nikola just days after the company was reported to be the focus of investigations by the SEC and DOJ following a highly critical short-seller report. The resignation was first reported by FreightWaves.

"Nikola is truly in my blood and always will be, and the focus should be on the company and its world-changing mission, not me," Milton wrote at 2:21am in a terse, disjointed tweet to which he blocked responses (one can imagine why), confirming the FreightWaves rerport. "So I made the difficult decision to approach the board and step aside."

I will be cheering from the sidelines with you. Your greatest fan. pic.twitter.com/IaYfZedYhK

Well, Trevor, it was never about you as the NKLA price confirms, but we are confident the regulators will be happy to make it about you now that you have confirmed that the Hindenburg report was accurate and most, if not all, of Nikola is a fraud. Until then, just keep an eye on Trevor taking a private jet to various non-extradition countries.