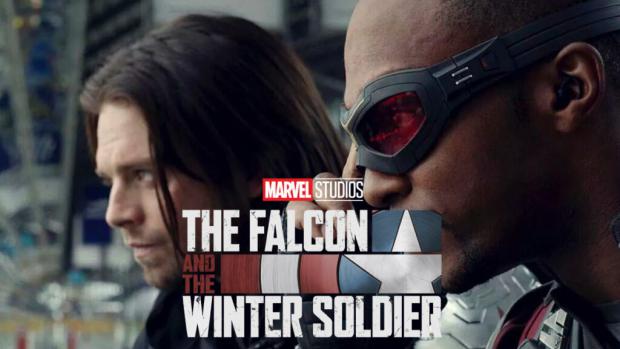 Marvel Studios' first big Disney Plus project, The Falcon and the Winter Soldier, is being moved back to 2021, making a rough year for Marvel fans a little bit rougher.

Although Marvel hasn't made any official comment on the matter, the description for The Falcon and the Winter Soldier on Disney Plus has changed to note it's coming in 2021. The show, which follows Anthony Mackie and Sebastian Stan's characters from the Marvel Cinematic Universe films, Sam Wilson (Falcon) and James Buchanan "Bucky" Barnes (Winter Soldier), was supposed to be released in August. A couple of things impacted The Falcon and Winter Soldier's production, including earthquakes in Puerto Rico that affected a planned two-week shoot in January, and the pandemic.

The show was originally delayed in July after it became apparent that they couldn't safely pick up production on reshoots because of the pandemic. Production has begun again (TikTok and other social media platforms are full of footage taken by fans), but it's evident that there isn't enough time to get the show polished for the end of the year. Marvel Studios has yet to release a teaser trailer for the show, although some scenes were included in a 30-second Super Bowl ad that also included glimpses of WandaVision and Loki.

Instead, the first Marvel Studios show that Disney Plus subscribers will see is WandaVision. The show follows Elizabeth Olsen and Paul Bettany's respective MCU characters, Wanda Maximoff (Scarlet Witch) and Vision. Blending together a couple of different TV formats, WandaVision finds the two characters living a suburban life but starting to suspect things are not what they seem. The first teaser trailer for the show premiered during last night's Emmys broadcast.