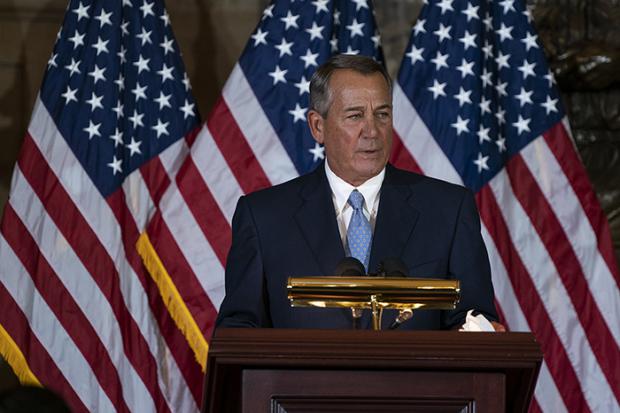 -- THE COVER has a photo of BOEHNER drinking red wine with a cigarette burning in an ashtray in a very Washington-like room. The cover

-- ST. MARTIN'S PRESS is the publisher, and the deal was negotiated by MATT LATIMER and KEITH URBAHN at Javelin. LATIMER tells us: "It's the most honest memoir about how Washington really works ever written."

CAPITOL HILL is approaching an exceedingly volatile stretch. Government funding is hitting a slight snag, and the Supreme Court nomination process is about to launch.

-- MEMBERS OF CONGRESS in both parties are peeved that critical ag funding has been left out of the stopgap funding measure, which is designed to fund the government until Dec. 11. Republicans fought for the money and Democrats resisted, suggesting President DONALD TRUMP was trying to buy off rural voters ahead of the election. This would appear to be only a speed bump, for the moment, although the government will shut down in EIGHT DAYS absent congressional action.