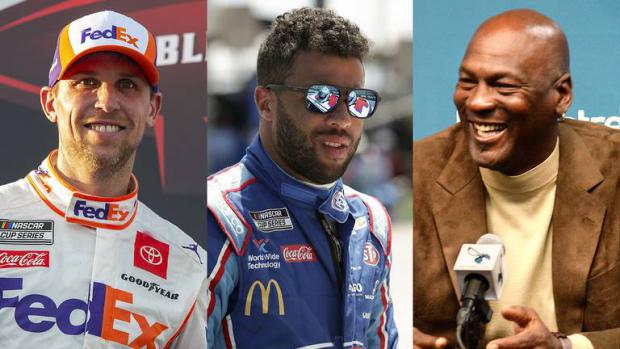 NBA legend Michael Jordan is launching a new NASCAR team with Bubba Wallace, the only black driver on stock car racing's top circuit and the sport's most coveted free agent.

Jordan, currently the majority owner of the NBA's Charlotte Hornets, announced Monday that he is starting the one-car team along with veteran driver Denny Hamlin.

The partnership was announced Monday night in coordinated social media posts by Jordan and Hamlin, with Wallace adding his own comment. The posts showed a picture of Jordan alongside a firesuit-clad Hamlin in a motorhome at a race track.

'Historically, NASCAR has struggled with diversity and there have been few black owners,' Jordan said in his statement. 'The timing seemed perfect as NASCAR is evolving and embracing social change more and more.'

Jordan becomes the first black principal owner of a full-time Cup team since Hall of Famer Wendell Scott drove his own race car in 495 races from 1961 to 1973. Scott's 1964 victory at the Jacksonville 200 is the only win by a black driver in Cup history.