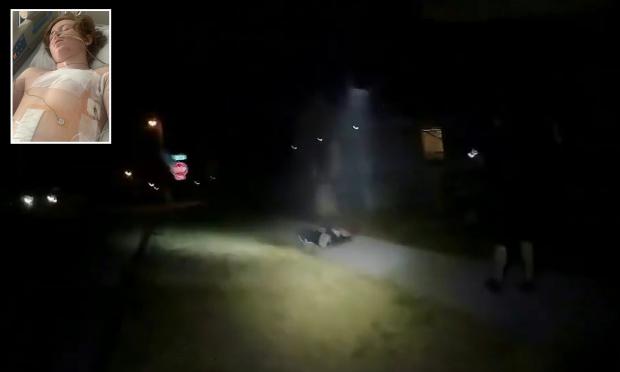 Police have released harrowing footage of the moment a 13-year-old boy was chased by cops and then shot multiple times.

Bodycam video shows officers pursuing Linden Cameron down an alley and yelling at him to get on the ground after his mother, Golda Barton, called cops to help 'de-escalate' the teenager's mental breakdown.

He survived but suffered broken bones and pierced organs, the family's attorney has said. He will likely be injured for life, the attorney added.

Police also released a 911 call that mother Golda Barton placed before the shooting, when she warned that he had previously been in a chase and shootout with police.

Asked whether he has access to a firearm currently, she answered: 'I don't believe he does, but I just found out that... he showed one of my workers a prop gun, or a BB gun or a pellet gun. It wasn't a big weapon.'

She can also be heard warning the dispatcher that her son 'does not like cops' because they shot and killed her father within the last year.