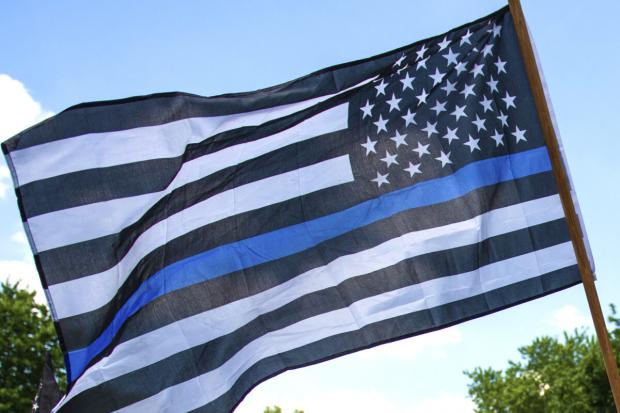 A Florida high school football team has been banned from flying a Thin Blue Line flag during their games after it was branded racist in a fierce online backlash.

Fletcher High School, located in Neptune Beach, had flown the controversial pro-law enforcement flag during 11 games of the 2019 season and during last week's game against Fleming Island.

But when the Fletcher Senators ran out onto the field with the flag during the recent game, they were met with a slew of comments accusing the school of being 'racist.'

School administrators decided to ban the running of the flag.

The flag had been ran out onto the field in honor of a student's father, a former police officer who died unexpectedly in August 2019. The 29-year veteran was not on-duty at the time.

'It is all about my son's love for his dad and his memory,' said Lorie Lavender, mother to the student, a junior named Caelan.