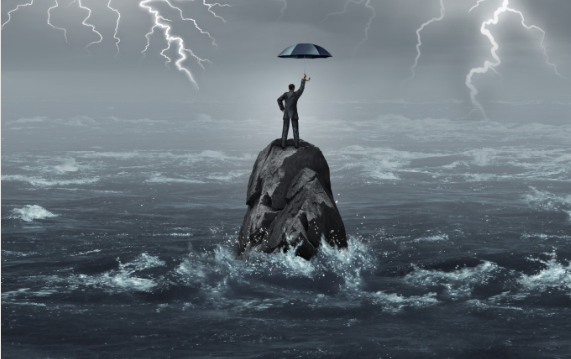 In the world of preparedness and survival, there's a lot of crossover with things like liberty, patriotism, and a healthy suspicion of anything that smacks of a potential loss of our freedoms. Many people in this arena feel that it's all one big topic.

But it's not. While it's absolutely related to being prepared, the thing that a lot of folks on the internet forget is this:

Survival is just about surviving.

Preparedness and survivalism are different and the former is more about thriving in an extended situation.  Today I just want to talk about survival itself.

When bloggers like me give advice on dealing with an emergency, we are talking specifically about how to get through it alive, whether it's a mass shooting, a death-defying wildfire evacuation, or riots at your front door. I want to help you prepare physically – by having the right gear and supplies – and mentally – by knowing what to expect – so that you and your family survive.

But it has become difficult to write an article without filling it with disclaimers, lest the comments section be filled with irate people who want to know, "What about ….(fill in the theory)…?"

I have a simple answer for this that the ones who demand I agree with their specific theory probably aren't going to like.

Survival is about surviving.

It's not about politics, false flags, conspiracies, patriotism, your rights, or "how things should be." If we lived in a perfect world, our rights really would be assured, everyone would play by a predictable set of rules, and things would be "how they should be." Educating others on how to survive an event is not an endorsement of the event as it's portrayed by the media. It means the author is using the event as an example that can help others if they find themselves in a similar unfortunate situation. The theory proposed in the comments may well be correct, but if in sharing that theory, you are dismissing the essential survival principles, you're doing a disservice to those who may one day need the information.