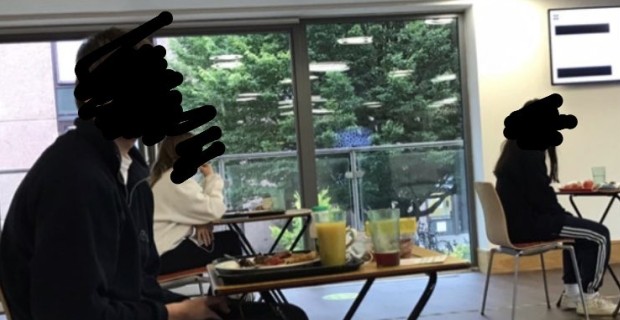 Students at universities throughout the United Kingdom are being treated like 'prisoners' as draconian coronavirus rules mandate they eat alone, aren't allowed to go out and are forced to cut themselves off from others or face suspension.

Interviews with students at Edinburgh University illustrate how overbearing the new rules are, with students being made to bring their own cutlery and eat alone at spaced out exam-style desks as the room is constantly patrolled by monitors ensuring they don't violate the protocols.

"Now they have taken the takeaway option away and I've been told that everyone is forced to eat alone and not allowed to get up from their allocated table for more food or water," said Liberty Phelan, who edits the student newspaper.

"There are huge queues to get into the dining hall and staff lead students to tables so you don't even choose who you sit next to," she added.

"In the accommodation you're only allowed one other person in your room, but some people have had parties and the police have been called," said Phelan.