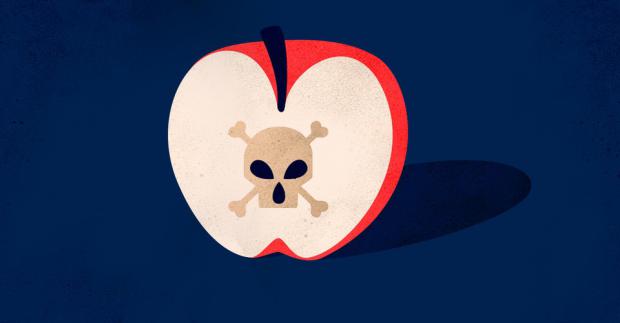 ILSI describes itself as a network of think-tanks, science societies and institutes that promote food safety and nutrition. However, as research group U.S. Right to Know (USRTK) asserts, ILSI is a "food industry lobbying group" that works to benefit its corporate donors despite its proclaimed mission of improving "human health and well-being."

USRTK details the revolving door between the ILSI and industry, which goes as far back as the organization's foundation in 1978. It was started by former Coca-Cola executive Alex Malaspina, and as USRTK points out, the nonprofit has maintained its close ties to Coca-Cola. For example, Michael Ernest Knowles, president of ILSI from 2009-2011, hailed from Coca-Cola where he was the vice president of global scientific and regulatory affairs. As another example, ILSI's president in 2015, Rhona Applebaum, was, at the same time, working as Coca-Cola's chief health and science officer. Applebaum was forced to retire from both positions after reports showed that Coke funded and edited the mission statement of a prominent anti-obesity advocacy group in an effort to shift public conversation away from criticism of the effects of sugary drinks and instead blame the lack of physical activity on childhood obesity.

But, as noted in this recent study, sugary drinks are to blame for this epidemic. Researchers from the Medical University of Vienna looked at 20 studies addressing the link between sugary sweetened drinks and obesity in children and adults. Of all the studies, 93% concluded that there was a "positive association" between the onset of overweight or obesity and the consumption of sugary drinks in children and adults. Other research has found positive association between sugary drinks and cancer.

USRTK highlights ILSI's influence on domestic health officials, in the U.S. and abroad. The report highlights the example of Chinese health officials, noting that ILSI-Chinese operations are actually located inside China's Center for Disease Control and Prevention offices in Beijing. USRTK notes Harvard Professor Susan Greenhalgh findings, which show that Western food and beverage corporations have helped shape decades of Chinese science and public policy on obesity and diet by operating through ILSI.

Things to Know BEFORE You MAKE CHEESE

Visualizing The Science Behind Cultured Meat