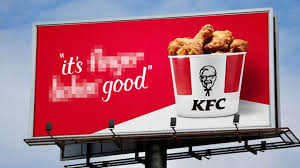 Don't believe it for a minute.

I have had email exchanges with local officials and federal officials concerning COVID-19 regulations. Whenever I ask innocuous questions, they respond quickly. But the minute I ask for "the science" behind a regulation, there is never a response. (See, for example, Has OSHA Even Tested to Determine If Mask Wearing is Safe?).

There is always the question of whether science is ever settled or always progresses in a straight line upward.

Murray Rothbard has written on the topic in the context of economic science:

The Whig theory, subscribed to by almost all historians of science, including economics, is that scientific thought progresses patiently, one year after another developing, sifting, and testing theories, so that science marches onward and upward, each year, decade or generation learning more and possessing ever more correct scientific theories.

On analogy with the Whig theory of history, coined in mid-nineteenth century England, which maintained that things are always getting (and therefore must get) better and better, the Whig historian of science, seemingly on firmer grounds than the regular Whig historian, implicitly or explicitly asserts that 'later is always better' in any particular scientific discipline.