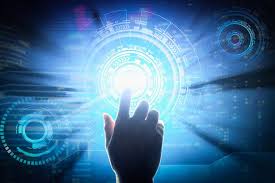 It may sound like the plot of Inception, but scientists have figured out how to plant ideas into other people's dreams.Researchers at MIT Media Lab's Fluid Interfaces have been testing a new technique called targeted dream incubation (TDI), which allows them to insert certain topics into someone's dreams.

Past studies have shown that when sleepers enter a rare dream state known as lucid dreaming, they gain awareness that they're dreaming and can thus have some control over what happens in their mind.

TDI achieves a similar result by targeting people during hypnagogia, a semi-lucid dream state that occurs as someone is falling asleep.

At this moment scientists introduced "targeted information" to the subjects of a study, the results of which were published in the August issue of the journal Consciousness and Cognition.

The study involved 25 participants taking daytime naps. Before going to bed they would record audio prompts in an app such as "remember to think of a tree" and "remember to observe your thoughts".