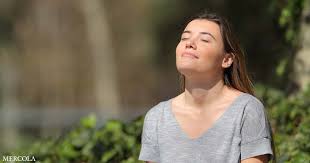 These are just some of the economic, political and social challenges people are facing:

•The initial panic resulted in the purchase of $3 billion worth of ventilators, 79,295 of which The Washington Post reports are sitting unused.1

•The question of whether or not to wear a mask has become one of the most hotly contested debates, despite research over the past decade demonstrating cloth masks are ineffective against viruses.2

•Hiding under the guise of "biodefense" and "biomedicine," a network of virologists, military scientists and biotech entrepreneurs are weaponizing microorganisms and growing an arsenal of Frankenstein pathogens.

But as investigative reporter and bioweapons expert Sam Husseini writes, gain-of-function/biowarfare scientists in labs such as Wuhan, China, and Fort Detrick, Maryland, have been accused of deliberately and recklessly conducting nefarious types of research.3