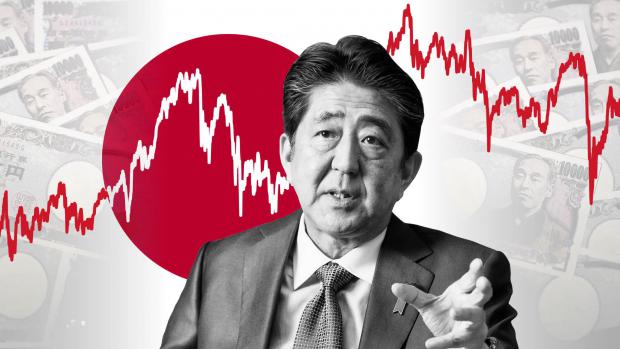 It is a multipronged strategy that involves increasing Japan's money supply, enhancing government spending, and reforming the world's third-largest economy to make it more competitive. He launched Abenomics once he started his second term in December 2012, announcing that his government would "implement bold monetary policy, flexible fiscal policy and a growth strategy that encourages private investment, and with these three pillars, achieve results." In other words, Abe promised to reverse the country's stagnation and supercharge Japan. But what did he achieve after eight years as head of state?

The Fruits of Abenomics

In the aftermath of the Lost Decade, Tokyo never fully recovered from this abysmal period. Abe enjoyed electoral success because he championed economic policies that would lead to prosperity and growth. However, Abe's government fell short of the $5.6 trillion growth target laid out by the prime minister.

The Nikkei 225 stock market index has done incredibly well under Abe, as it has more than doubled since 2012. This was achieved because a critical component of Abenomics was the Bank of Japan's (BoJ) large-scale monetary easing putsch that involved subzero interest rates, enormous asset purchases, and yield curve control. This triggered massive asset inflation and a weakened yen, which boosted its exports and allowed Japanese firms to expand their footprints in foreign markets.