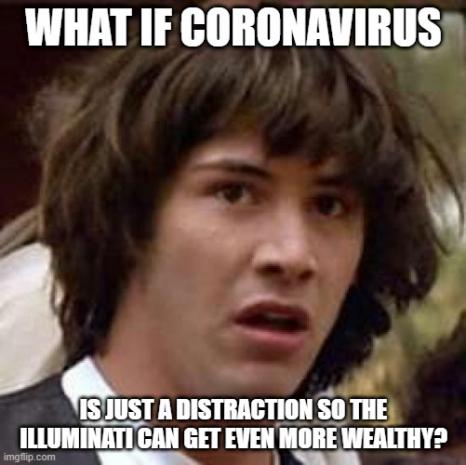 "Of all tyrannies, a tyranny sincerely exercised for the good of its victims may be the most oppressive. It would be better to live under robber barons than under omnipotent moral busybodies. The robber baron's cruelty may sometimes sleep, his cupidity may at some point be satiated; but those who torment us for our own good will torment us without end for they do so with the approval of their own conscience."

What in the world lies ahead? We are in the midst of the most incredible attempt by the powerful to take over humanity that has ever happened on earth. These times will determine our fate, as the controllers and enforcers are on a mission to complete the task of total population control without delay. This is always the desire of tyrants, but nothing of this scale or magnitude has ever been attempted, but now this Covid false flag event has caused the possibility of world domination by the few to be dangerously close to being attained. This is our dilemma, and there is little time to reverse this course we are on today. What will the people decide?

Those at the helm of this plot have over and over again warned of what is to come. This has been done as a method of preparedness in order to plant in the minds of the masses the idea that viral terror is imminent, and that only the state can save us from this deadly scourge. This of course is a lie, but with proper conditioning, most have succumbed to the possibility, and therefore are ripe for the coming propaganda. This is simply a brainwashing scheme, and there is nothing new about this technique used to dampen critical thinking by instilling fear among the herd. But in this case, the result could be deadly.

In order to bolster the absurd idea that a minor claimed flu-like illness would threaten the country's destruction, major distractions meant to confuse and spread additional fear have been carefully planned, and are being put into place at the identical time of the arrival of the coming flu season. This of course was no accident, as multiple false flags will be used simultaneously in order to cause mass confusion. All that was necessary to initiate these events was to purposely cause more division among the general public, and to then allow the chaotic violence to continue without state interference.

This began with the effort by the political class and its media to inundate the public with news that would stoke racial unrest, and pit black against white. All that was necessary was to make false claims of murder by a white policeman against a black person, and then saturate the national airwaves with the specific intent to stoke hate. Once that was accomplished, setting up, supporting, and releasing criminal gangs like the 'Black Lives Matter' thugs and their Marxist counterparts called Antifa on the streets of American cities was allowed. In my opinion, this was purposely staged and authorized by the controllers, and these despicable hordes were then able to riot, loot, destroy property, and commit widespread acts of violence without resistance by the police, as most state enforcers were ordered to stand down.