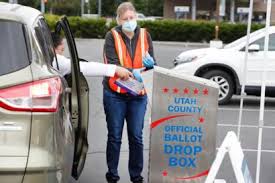 An explosive video featured on Fox News' Hannity show by James O'Keefe appeared to show the purchase of a ballot from a Somali man living in Minnesota. The secretly filmed footage goes on to show several Somalis making allegations related to the scheme, with one former "co-worker" of Ilhan Omar claiming that the Representative for Minnesota's 5th congressional district was directly involved in the fraud.

"Nobody would say that Ilhan Omar isn't part of this," said Omar Jamal, chairman of the Somali Watchdog Group. "Unless you're from a different planet, but if you live in this universe, I think everybody knows it."

"Your focus is winning. No matter what you do, you ignore the rules and regulations," Jamal told Project Veritas. "There's no moral and ethics here. It's just, the end will justify the means."

Jamal claims that Ali Isse Gainey, a staffer for Omar, oversees the vote-buying scheme on the ground, where operatives will accompany Somali residents to the voting booth and do the actual voting for the person.