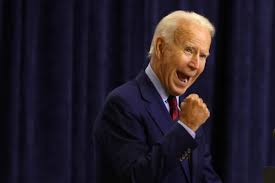 When students at the University of Florida were shown video of a string of Joe Biden brain freezes and cognitive breakdowns from the past months, they admitted that he probably shouldn't be running for President and certainly should not be in charge of the country.

Campus Reform found that before being shown the video, the students were almost universally confident in Biden's eligibility to be President, but that soon changed after they saw the footage.

"That was kind of brutal," one student commented.

"I thought the video was funny, I felt like Biden didn't know what he was saying at all," another student declared.

"Based on that video, I would say no, he shouldn't be leading the country," a further student proclaimed.