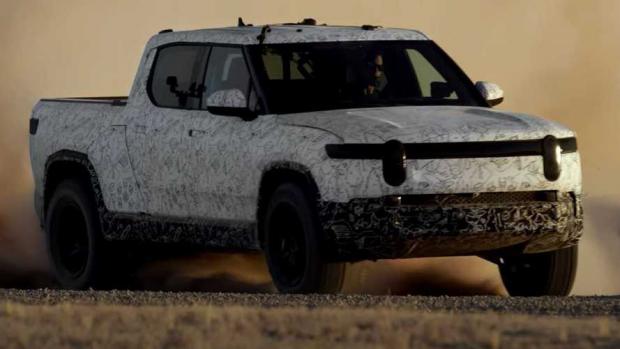 The fact that EV buyers have an increasingly wider array of models from different manufacturers to choose from is not surprising. After seeing Tesla's success and its advancements in the field of electric vehicles, other manufacturers started announcing their own models, many of which are now finally starting to make an appearance.

And even if most still can't quite match Tesla's blend of strong acceleration, tech and dedicated charging infrastructure, the fact that they are available and often worthy alternatives shows the segment has evolved dramatically in recent years. But while body styles such as sedans and hatchbacks are the most sensible choices, buyers often want to get their EV kicks on something a little more rugged and practical, like an SUV or a pickup.

We previously rounded up all the regular electric cars that are set to debut next year, and trust us, there are so many models coming, in this article we'll be listing all the EV SUVs and trucks scheduled to be launched in 2021, a year that's really shaping up to become a reference year since it is marked by so many debuts.

In fact, based on research done for this article, there are actually more electric high riders (SUVs and pickups) coming in 2021 than there are sedans and hatches.

Audi is putting the finishing touches on its own VW ID.4 and Skoda Enyaq sized electric crossover, the Q4 e-tron (and Q4 Sportback e-tron) which like its two VW group stablemates will be available as a conventional looking high-rider or with a coupe-like fastback roof. Powertrains and batteries will be identical to the aforementioned vehicle, so expect battery packs between 55 kWh and 82 kWh and power outputs from 146 horsepower all the way to 302 horsepower. Maximum range will predictably also be very similar to the other two vehicles, so it should be around 496 km WLTP.

Ever Wondered What It's Like Driving an Armored Car?