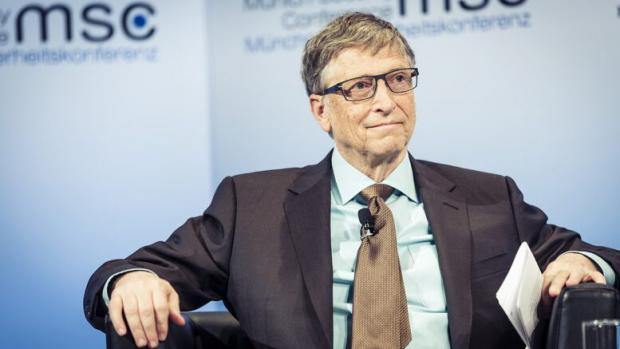 According to Gates, the price to get rid of face masks and social distancing is to vaccinate everyone, everywhere. Vaccines for poor countries must be financed by rich countries. In so doing, he says "we can also build the system that will help reduce the damage of the next pandemic."

Once access to one's body is achieved, the future is wide open for Gates and his Big Pharma cabal. Unending vaccines will be trotted out for any number of declared health "emergencies" and the cycle will repeat, repeat, repeat.  ? TN Editor

The world is on the brink of a scientific achievement: A safe, effective COVID-19 vaccine will likely be ready by early next year. In fact, there will probably be more than one vaccine available. This is the development that will finally give the world the chance to eliminate the threat of the pandemic — and return to normal.

Because we can immunize against the disease, governments will be able to lift social distancing measures. People will stop having to wear masks. The world's economy will start running again at full speed.

But elimination will not happen by itself. To achieve this goal, the world first needs three things: the capacity to produce billions of vaccine doses, the funding to pay for them, and systems to deliver them.

Right now, most of the world's supply of COVID-19 vaccines is slated to go to rich countries. These nations have been making deals with pharmaceutical companies, securing the right to buy billions of doses as soon as they are produced.

But what about low- and lower-middle income nations of the world, everywhere from South Sudan to Nicaragua to Myanmar? These nations are home to nearly half of all human beings, and they do not have the purchasing power to make big deals with pharmaceutical companies. As things stand now, these countries will be able to cover, at most, 14% of their people.

New modeling from Northeastern University helps illustrate what will happen if vaccine distribution is so unequal. The researchers there analyzed two scenarios. In one, vaccines are given to countries based on their population size. Then there is another scenario that approximates what is happening now: 50 rich countries get the first two billion doses of vaccine. In this scenario, the virus continues to spread unchecked for four months in three quarters of the world. And almost twice as many people die.