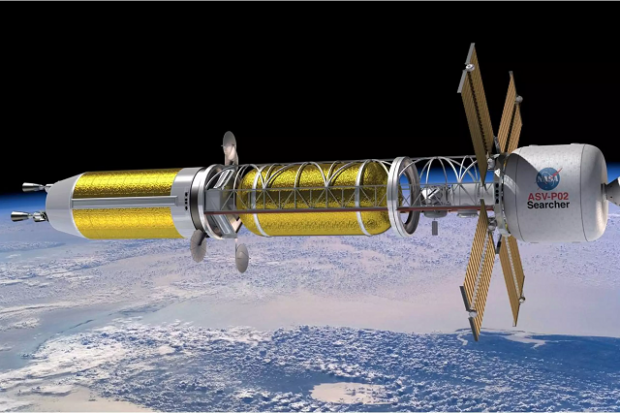 DARPA has awarded a US$14-million contract to the Gryphon Technologies engineering firm to develop and demonstrate a nuclear rocket engine for the agency's Demonstration Rocket for Agile Cislunar Operations (DRACO) program. The High-Assay Low Enriched Uranium (HALEU) Nuclear Thermal Propulsion (NTP) system will allow the US military to carry out missions in cislunar space.

The single greatest limitation in space travel is the propulsion system. On Earth, it's possible to create motors that have a very high payload ratio, so one can, in the words of an early aviator, make a tea tray fly by putting enough power behind it. However, getting into space requires such high velocities and such high energies that engineers are forced to use very large engines and huge amounts of fuel to put very small payloads into orbit.

Once in space, there are essentially two options. One is to use chemical rockets, but these have largely reached their theoretical limits when it comes to thrust, or eclectic propulsion systems that produce very small thrust for very long periods of time.

As far back as 1945, it was recognized that there was a third option, which is to harness the power of the atom to produce a rocket that is more powerful than its chemical counterparts. The problem has been to create a practical design that produces enough thrust to warrant the investment.