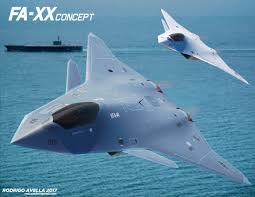 So move over F-22 Raptor, or better yet, maybe its time for the Air Force to rethink its unreliable F-35 Lightning II program because there's a new stealth jet that could potentially dominate the skies by 2030.

"We are ready to go and build the next-generation aircraft in a way that has never happened before," Roper told Defense News in an exclusive interview ahead of the Air Force Association's Air, Space and Cyber Conference in mid-September.

Roper said, "We've already built and flown a full-scale flight demonstrator in the real world, and we broke records in doing it."

As the NGAD program is classified, not much is known about the secretive jet. Roper wouldn't give additional details on the aircraft to Defense News or anyone at the event.