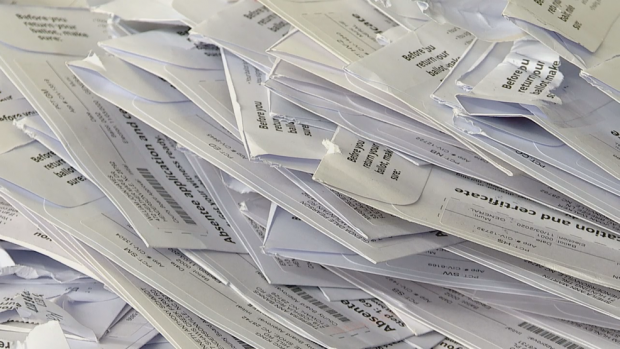 Project Veritas has an insider, they have footage of a man bragging that he has a car full of empty ballots. They have an insider explaining how the system works for mass ballot harvesting.

VictoryGirlsBlog:   This is just as terrible as you think it will be. Project Veritas has thrown quite a hand grenade straight into the Minneapolis area, bringing the receipts to prove ballot harvesting.

It seems that Congresswoman Ilhan Omar, along with other connected politicians in the Somali community, have quite an expansive ballot harvesting operation going on – so much so, that one of their operatives actually bragged about it on Snapchat. And not only are they going around collecting ballots, especially from the elderly, but they are paying for the ballots in cash.

Between video evidence and insider interviews, the picture being revealed is a system of ballot harvesting and payoffs so corrupt and entrenched that it might not be salvageable.

"Numbers don't lie. Numbers don't lie. You can see my car is full. All these here are absentees' ballots. Can't you see? Look at all these, my car is full. All these are for Jamal Osman… We got 300 today for Jamal Osman only," said Liban Mohamed in a series of Snapchat videos posted July 1 and July 2 on his own Snapchat profile."

Mohamed said he was collecting the ballots to help his brother win the city's Aug. 11 special election for a vacant Ward 6 city council race—which was held the same day as the primary for Omar's MN-05 congressional seat. Ward 6 is the heart of the city's Somali community and the Omar's political base."