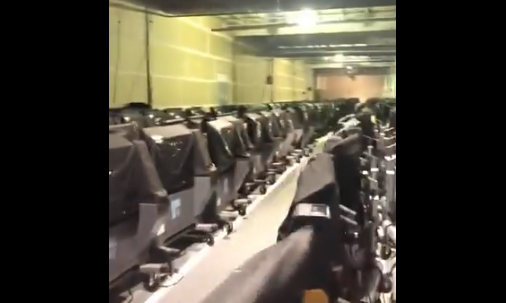 On Thursday, investigative journalist Max Marin walked into a Philadelphia warehouse where election machines are stored - walking around rows upon rows of the devices which apparently had zero security despite this week's headlines about stolen memory sticks.

An investigation into potential election tampering has been launched in Philadelphia after several memory sticks and a laptop used to program voting machines were stolen from a city warehouse, officials confirmed on Wednesday. The laptop belonged to an on-site employee for the company that supplies the machines.

It is unclear when the equipment was stolen, however a Philadelphia Inquirer source says the items vanished last week.

City commissioners initially refused to confirm the theft, or that an investigation had been launched, according to the Inquirer - and only did so after the outlet told them that they would be reporting the incident based on sources who were not authorized to discuss it publicly.