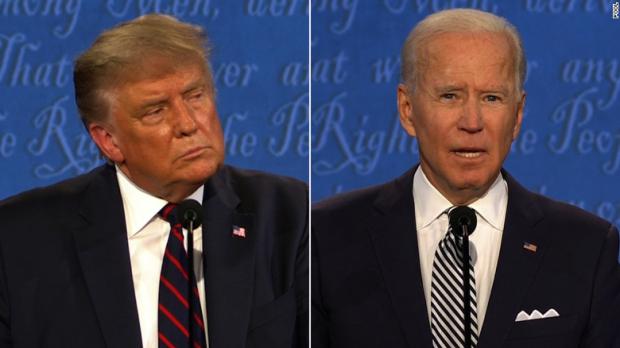 Trump picked up where he left off in the debate, noting that he has received endorsements from law enforcement organizations nationwide, while Biden has not received a single one.

"I said, 'Sleepy Joe, name one law enforcement group that supports you.' Then Chris Wallace said, 'Don't do that! That's not…'" Trump said, adding "Can you believe this guy? I was debating two people last night."

"If you ever became president, you have to deal with some of the toughest people in the world and Chris Wallace is very, very easy by comparison," Trump added.

After telling a heckler to "go home to mom," the President also slammed the corporate media for refusing to report on rioting and looting by leftists.

"They think rioting is just ok, just do whatever you want," Trump said.

"You can do whatever you want, you don't have to wear masks, you just riot, 25,000 people standing on each other's face," he added.

"the liberal media is upset that I took the fight to Biden and exposed his very dangerous agenda," the President added.