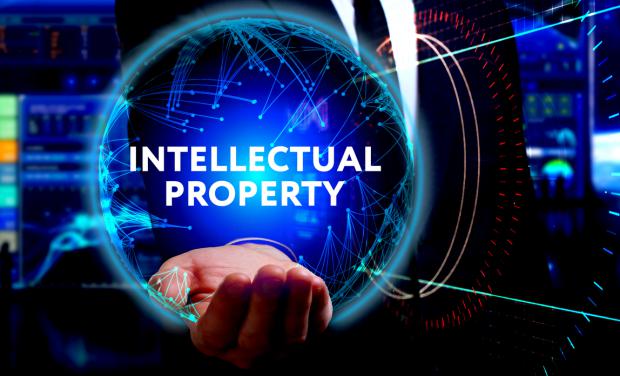 I have long been a fan of libertarian sci-fi author L. Neil Smith. I've read perhaps eight or ten of his novels, my favorites being The Probability Broach and The Gallatin Divergence, both of which I highly recommend. The only one of his I disliked–and I disliked it a lot–was Hope, co-authored with Aaron Zellman. (As I noted in my LRC article "The Greatest Libertarian Books," other favorites include Heinlein's The Moon is a Harsh Mistress, J. Neil Schulman's Alongside Night, and quasi-libertarian John C. Wright's The Golden Age trilogy.) I've also praised Smith's great speech "Unanimous Consent and the Utopian Vision, or, I Dreamed I Was a Signatory In My Maidenform Bra," especially for its interesting conclusion about just how much richer we would be in a free society (his answer: at least eight times).

I've long been aware that Schulman was pro-IP–he is the author of the "logorights" theory of IP, which I have criticized at length elsewhere (see my comments to Schulman in this post; also On J. Neil Schulman's Logorights; Reply to Schulman on the State, IP, and Carson; IP: The Objectivists Strike Back!). And Wright is too–he blogged about it on his LiveJournal account a while back, though I can't find it now–he is for copyright, because he is an author of novels. I had no idea Neil Smith was also pro-IP, but apparently he is, as a minor brouhaha yesterday revealed. Apparently libertarian sci-fi authors, even anarchists like Schulman and Smith, go astray on IP–perhaps, in part, due to the influence of another libertarian novelist, Ayn Rand.

Back in 1985 or so, Smith started circulating "A New Covenant," a declaration of libertarian principles excerpted from his The Gallatin Divergence novel. Libertarians were encouraged to copy, sign, and mail it in with a $2 "processing and archiving" fee. I myself did this back in 1991. Recently, a group called The Shire Society, which apparently is associated with the heroic, New Hampshire-based FreeTalkLive radio show (hosted by Ian Freeman and Mark Edge) and the NH-based Free State Project, was formed, as noted here: "The Shire Society is a voluntary association of sovereign individuals committed to the ideals peace and liberty. The Shire Society Declaration is intended to announce their non violent withdrawal of consent from the coercive state society."

The Shire Society Declaration was based on Smith's New Covenant, but was altered–improved, in the minds of the advocates of the Shire Society. Smith got wind of this and was upset, since he viewed it as plagiarism, theft, and unauthorized modification of his "property." This led to an escalating exchange of emails between him and Ian Freeman, and others, as can be seen on this thread. After Smith called Freeman "socialist scum," demanded restitution, cc'd his lawyer, and threatened to take it public, Freeman announced he would take it live to his national radio program that night–last night (July 13, 2010). Which he did. The MP3 file for that night's show is here (local copy); Ian starts discussing this issue at 1:44:17, until the end of the show, about an hour later. I was asked to call in, and did so, participating from 2:10:15 for a good 15 or so minutes. The thread linked earlier and the podcast discussion is very good and interesting. As I noted, I'm a huge admirer of Smith and what he's done for liberty. And I can understand him being angry if someone stole from him. But that's the issue, for libertarians: was he stolen from? Asserting he was stolen from presupposes he has a legitimate property right in a pattern of words; i.e., it presupposes IP is valid. For the libertarian, that is the question itself: is IP legitimate? To assume there was theft is thus question-beggging.

This recent marxist-inspired trend from the so-called "libertarian-socialist" wing that has appeared in the last 20 years has always been offensive to we libertarians who built up and assembled the party before the masses of disaffected former liberals showed up. The insane proposal that intellectual property is bunko was never heard by my ears until about 2011 or so. But as the collectivist-originating recent arrivals to the party have shown up, suddenly all these non-libertarian ideas of anti-capitalist genesis start getting bandied around as if they are legitimate and it sullies the once grand reputation of libertarians. That this is even being discussed in serious tones is a bleeding ulcer to our intellectual credibility.