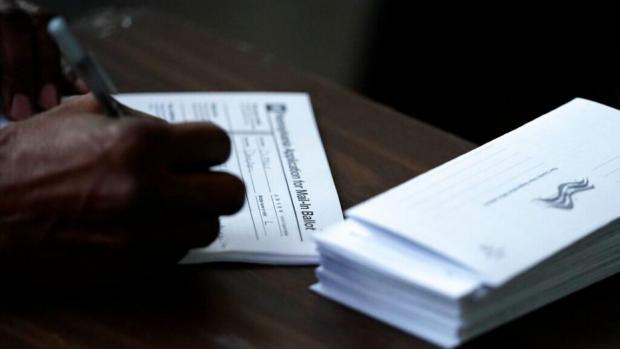 A Philadelphia reporter said he walked right into an elections warehouse Thursday, a day after reports that someone had stolen USB drives used to program the city's voting machines from the same facility.

There were no security guards at the door or surveillance cameras visible, according to Max Marin, an investigative journalist at WHYY's Billy Penn news site, who shared video and photographs from his adventure to Twitter Thursday afternoon.

"I'm here in this warehouse where all of the voting machines are stored," he says in a minute-long video as he pans his cellphone camera over the machines. "I just walked in that door, I've been announcing my name, trying to see if anyone was here. Quite easily could take any number of things with this level of access."

He walks across the warehouse floor and appears to encounter someone off camera in an office on the other side before the video ends.

In a separate tweet, he posted an image of the exterior and wrote that he did not see any security cameras.

After publishing his story, Marin said Philadelphia Mayor Jim Kenney told him the city would ramp up security at the warehouse with more guards and a police presence around the clock as well as a logging procedure for people entering and exiting the facility.