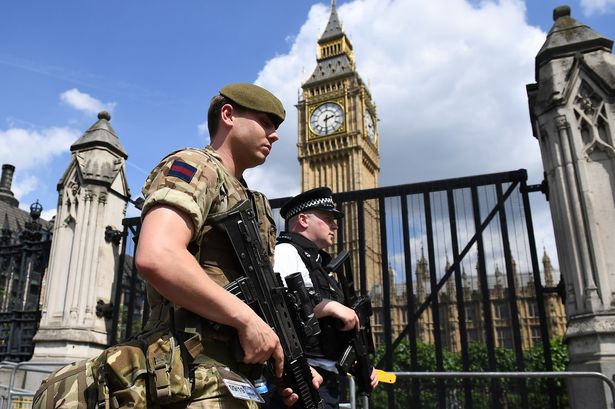 On the 28th September Tobias Ellwood, Tory MP for Bournemouth East, stood up in Parliament and suggested that the British Army and the Ministry of Defense be in charge of distributing and administering "millions of doses" of the Sars-Cov-2 vaccines, as well as issuing "vaccination certificates" which will "allow travel".

And that's just the highlights, there's a lot more vaguely sinister language, camouflaged in his rather drab monotone voice. (You can watch the whole speech here, go to 20:24).

This is a concerning development, one very much worth keeping an eye on.

The BBC don't think so, of course, because the call for what would easily amount to medical martial law didn't even make it into their "Today in Parliament" programme.

This is not new behaviour for Ellwood. He has always been a consistent voice for use of the military in response to the "pandemic". On the 18th of September he requested the Prime Minister make "greater use of our fine armed forces".

He specifically mentions "managing the narrative", which is no surprise considering his role as a former Army officer, a current reserves officer, and his known affiliation with the 77th Brigade.

For those who don't know: The 77th is the British army's team of "facebook warriors". An information warfare unit whose job is to "counter misinformation", "manage the narrative" and generally corral and control the internet conversation.

That's not a "conspiracy theory", their existence is readily acknowledged by both the government and the mainstream media. Considering they're currently employed "countering covid misinformation", they will likely be in the comments of this post (Hi guys!).