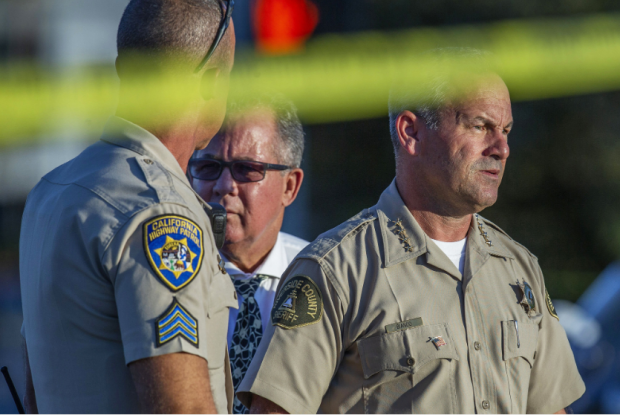 The constitutional training conference was sponsored by the Constitutional Sheriffs and Peace Officers Association (CSPOA) founded by former sheriff Richard Mack. US citizens were also invited to attend to learn more about how their elected sheriff is the first line of defense in their county who fight for the constitutional rights of their constituents and what they can do to preserve liberty.

Many remember Mack successfully sued, along with six other sheriffs, the federal government on the grounds that the Brady bill violated the US Constitution and destroyed state sovereignty. As he puts it, "I sued the Clintons and lived to tell about it."

"I feel this is the most important meeting in America since the constitutional convention," he said of the conference. "The people are the rightful masters of Congress, legislators and courts. It is our duty to fight those who would pervert it. There are so many traitors in our midst (for instance, the "covid dictator governors") and we must make them irrelevant."

What can concerned citizens do? Take action in the countryside of America, county by county, one sheriff at a time. Work with chiefs of police, talk to health departments, and activate the churches.

Sheriff Dar Leaf of Barry County, Michigan cited the words "a well-regulated militia" in the Constitution. "A militia existed before the government did," he said. "We are the chief law enforcement officers in our county. People look to us. Children are not getting this information." Referring to the policemen who tased, handcuffed and arrested Alecia Keys in Logan, Ohio for not wearing a mask as she watched her son play school football, "Those guys never read the Constitution."