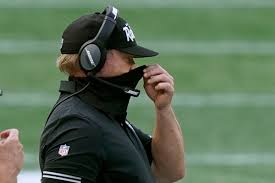 A person familiar with the punishment said Monday that the host of the event, Waller, was fined $30,000 and his teammates were docked $15,000 each

Players were seen without their masks mingling with guests, who were also maskless. The DragonRidge Country Club was fined $2,000 by local officials

In a memo, NFL commissioner Roger Goodell reiterated the need to adhere the league's health and safety guidelines, threatening violators with new penalties

Teams that violate league protocols, resulting in adjustments to the NFL schedule, could face the loss of draft picks or even be forced to forfeit games

The Titans' outbreak reached 20 cases on Sunday, with 18 positive tests returned since Tuesday. However, Tennessee did not get positives back Monday