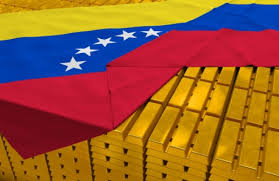 A UK court ruled that the administration of Boris Johnson's position that Juan Guaidó is the legitimate ruler of Venezuela is far from equivocal, paving the way for over $1 billion of the country's gold to be released.

A United Kingdom court has handed the Venezuelan government of Nicolas Maduro a major win today, overturning a previous ruling from a lower court that legitimized the British government's decision to freeze Venezuelan government gold reserves held in the Bank of England. The English Court of Appeal ruled that the Conservative administration of Boris Johnson's position that Juan Guaidó is the country's legitimate ruler was far from equivocal, potentially paving the way for some $1.95 billion of the Central Bank of Venezuela's gold to be accessed.

Following President Trump's lead, in July, the U.K. government took the extraordinary step of derecognizing President Maduro in favor of the self-declared Guaidó, despite the fact that for nearly six months, he had not even been a member of his Popular Will party, let alone its leader. The move was labeled "highway robbery" by supporters of the Venezuelan government.

A nearly unheard of politician before his ascension to the role of head of the Venezuelan National Assembly (a post given out on a yearly rotational basis among all parties in the institution) in January 2019, Guaidó shocked the country by using his appointment to unilaterally declare himself president of the country. He then led a series of coup attempts throughout 2019 and 2020, the last of which involved paying Trump-linked American mercenaries to shoot their way into the presidential palace. However, the plan ended in complete disaster, with the Americans subsequently sentenced to 20 years of prison time.